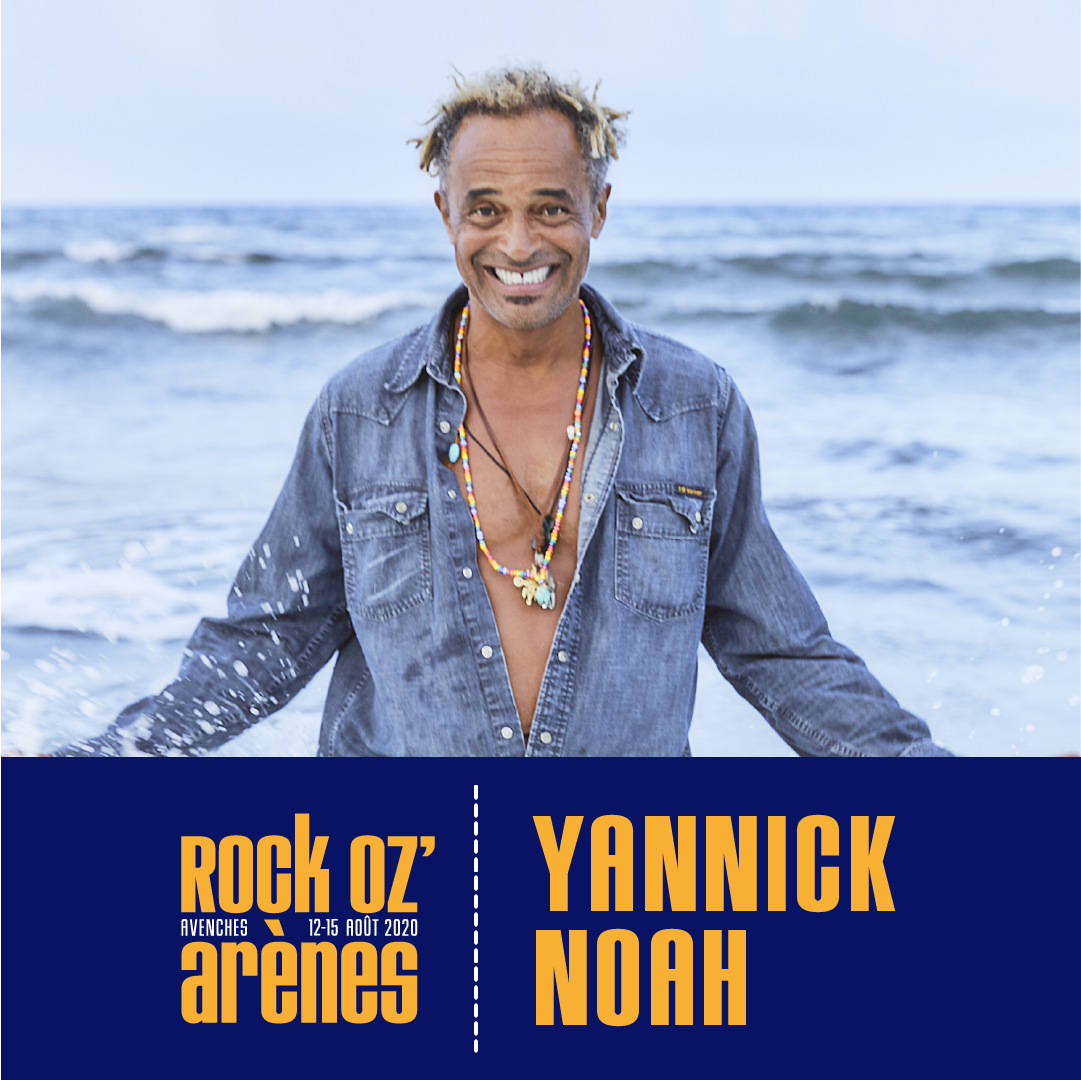 Diffusing happiness in song, having crazy charisma, YANNICK NOAH sets out again on the road of the most colorful festivals. He will be with us this year at Rock Oz Arènes and we are very proud of it. Yannick Noah signs his musical return with his new album “Bonheur Indigo”. This is the 11th album by the French singer and tennis player, who has sold millions of records during his career performing in the largest venues in France. Throughout his music, Yannick Noah reminds us that happiness is not an ugly word, singing a breath of liberty that feels good. His album resembles him: a true hymn to benevolence. A committed optimist, he sings the all the nuances of happiness while reaching out to us. Message received, we dance with him!

Should we feel that now everything is possible that evening, it is because on stage he shares his love of freedom and a sense of joyfully blended celebration.